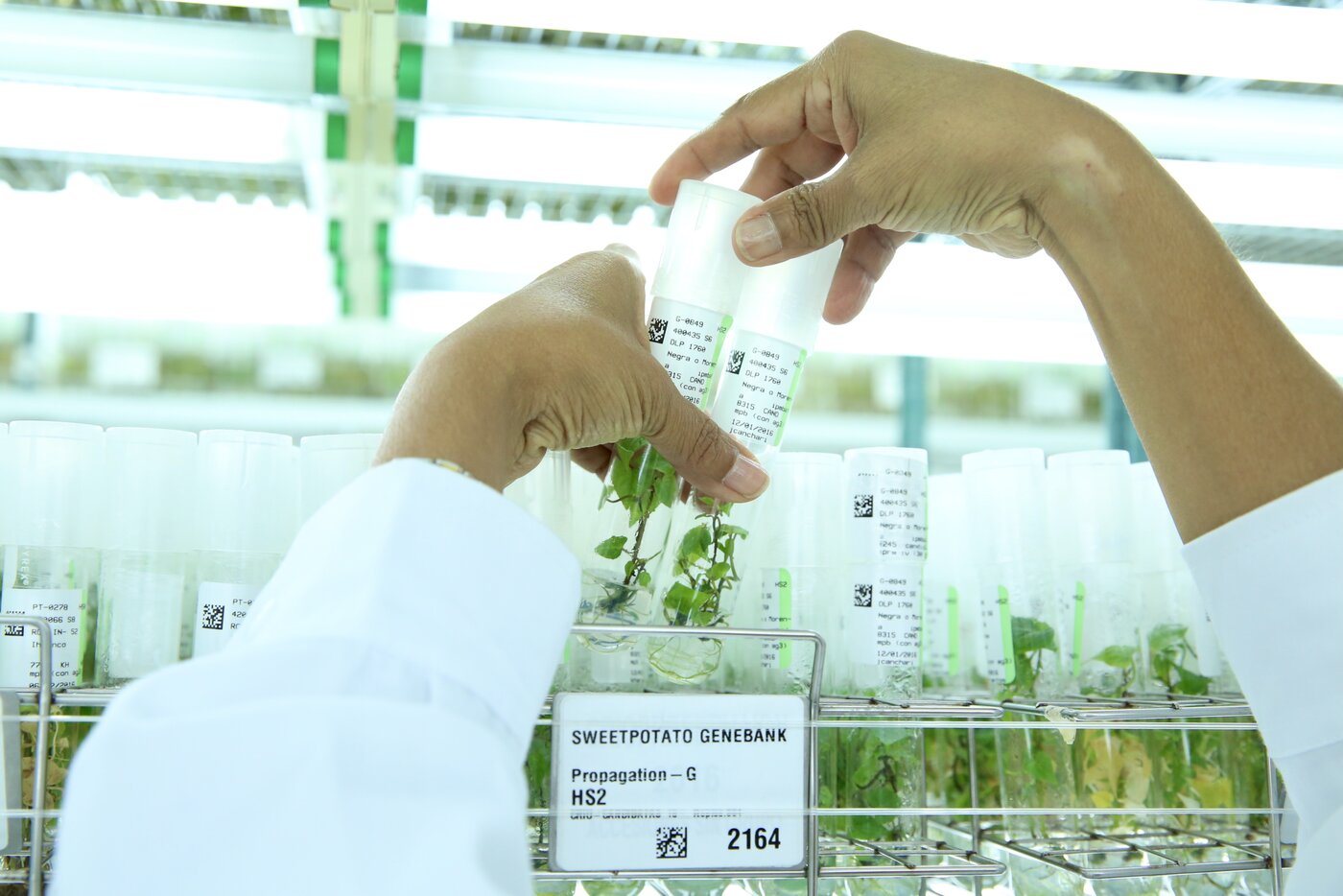 The International Potato Center, known by its Spanish acronym CIP, was founded in 1971 as a root and tuber research-for-development institution to deliver sustainable solutions to the pressing world problems of hunger, poverty, and the degradation of natural resources.

Mission
The mission of the International Potato Center is to work with partners to achieve food security, well-being, and gender equity for poor people in root and tuber farming and food systems in the developing world. The International Potato Center furthers its mission through rigorous research, innovation in science and technology, and capacity strengthening among farmers and partners.

Location
The International Potato Center is a global center, with headquarters in Lima, Peru and offices in 30 countries across Asia, Africa, and Latin America. CIP and its partners work across the agricultural spectrum. From the laboratory to the marketplace, CIP biologists, entomologists, agronomists, nutritionists, and social scientists conduct research and carry out projects.

The Potato … and Other Roots and Tubers
CIP’s research originally focused on the potato, which originated and was first domesticated in the Andean Highlands. Produced in over 100 countries, the potato is the world’s third most important food crop after rice and wheat. The potato is a resilient tuber that grows underground, making it more robust to climatic changes. Together, with roots, tubers play a critical role in the global food system, especially in the developing world. They are among the top 10 most commonly consumed food staples, and provide one of the cheapest sources of energy and vital nutrients. Additionally, they grow in marginal conditions with relatively few inputs and simple techniques – making them ideal “climate-smart” crops.

Sweetpotato is a cheap, nutritious solution for developing countries needing to grow more food on less land for rapidly multiplying populations. The orange-fleshed varieties of sweetpotato can play a key role in alleviating vitamin A deficiency, which is rampant among children in Asia and sub-Saharan Africa.

Roots and tubers share important scientific similarities. They are vegetatively-propagated, meaning that they are not grown from seed but from cuttings or clones. As these crops are often locally grown and consumed, they are less affected than grains by food price fluctuations.

Information from the CGIAR