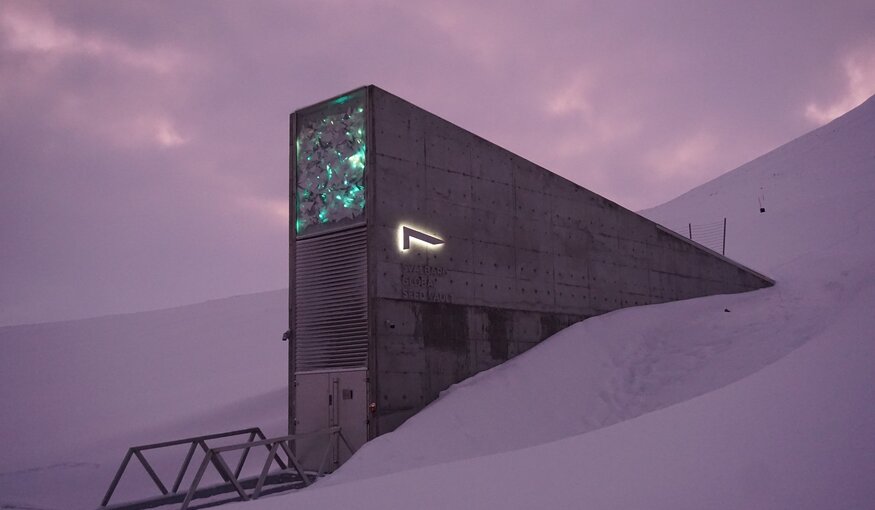 SVALBARD, Norway (12 October 2022) – The Svalbard Global Seed Vault is set to accept new seed shipments from 13 genebanks around the world this week, adding two countries to its family of depositors in the process: Iraq and Uruguay.

On 12 October, genebanks from Asia, Australia, Europe and Latin America are scheduled to deliver a total of 45,150 seed samples, more than double the number deposited during each of the two previous openings at the Norwegian storage facility this year. It will also mark the first time the Seed Vault has stored more than 1.2 million seed samples.

The largest depositor will be the International Maize and Wheat Improvement Center (CIMMYT)—based in Mexico—which will have backed up 88% of its collection after adding 19,055 seed samples of wheat, maize and rye to the Seed Vault this week. The second-largest shipment will come from the Australian Grains Genebank, with 10,383 seeds of cicer, barley, peas, sorghum and wheat.

Around 50 ambassadors will attend the triannual Seed Vault opening, including those from Bosnia and Herzegovina, Brazil, Indonesia and Kazakhstan, countries with genebanks that have recently secured financial support from the Crop Trust to secure seeds of key crops in the Seed Vault.

The Seed Vault, which houses the largest collection of crop diversity in the world, was established by Norway in 2008. The facility operates in a partnership between the Norwegian Ministry of Agriculture and Food, NordGen (the Nordic countries’ regional genebank) and the Crop Trust.

“The recent floods in Pakistan and the global grain shortage are stark reminders of how vulnerable our food systems are to both climate change and geopolitical conflict,” said Stefan Schmitz, Executive Director of the Crop Trust. “The participation of countries in the Seed Vault’s mission is vital to underwriting the life insurance that genetic diversity represents for today’s farmers and for future generations developing the crops of tomorrow.”

Lise Lykke Steffensen, NordGen Executive Director, added: “In an uncertain world with climate change, loss of biodiversity, war and natural catastrophes, it’s more important than ever for genebanks to back up their seed collections. NordGen has backed up 85% of the Nordic seed collection in Svalbard. In our role as operating manager of the Seed Vault, we are happy to help other genebanks create a higher level of security for their seeds as well. Seeds that are a prerequisite for the world’s future food security.”

“This week, the national genebanks of Iraq and Uruguay will make their first deposits,” said Sandra Borch, the Norwegian Minister of Agriculture and Food. “We welcome them and hope to see more seeds from them in the years to come, and look forward to seeing more nations entrusting their back-up seeds to the Seed Vault.”

Iraq will deliver 418 seed samples of both wild and cultivated species, including wheat and rice, while Uruguay will deposit 1,892 seeds of wheat and barley.

“Preserving the biological diversity of crops is a necessity. Humanity needs it urgently to face the conditions of climate change, and the increase of the population in the world,” says Haydar M.H, who manages the Genetic Resources Department at the Directorate of Seed Testing and Certification in Iraq.

Uruguay is making its inaugural shipment as a first step to depositing up to 50% of its genebank’s 19,500 seed samples in the Seed Vault and is already planning to send a second batch there in 2023.

“Risk perception may be low, but the truth is that risks are always there, and more so for small genebank operations. From small accidents to fire or a weather-related catastrophe, anything can happen,” says Federico Condon, who manages the genebank at Uruguay’s National Agricultural Research Institute (INIA).

South Korea’s RDA Genebank will be making its fourth deposit since 2008 when it delivers 3,392 seed samples this week. This brings the country’s total number of seeds stored in the Seed Vault to 30,272—mostly Korean landrace (“farmers’ favorites”) varieties of soybean, barley, corn and rice. South Korea plans to deposit 40,000 more seeds there over the next 10 years.

Categories: For The Press, Press Releases